This lecture is sponsored by the University of South Africa and Oxford University of England, thanks to the great Africanist scholar sister Dr. Nokuthula Hlabangane, Anthropology Professor at Human Sciences College of Unisa and Dr. Amber Murrey, Professor at School of Geography and the Environment, University of Oxford and Convener of the Oxford-Unisa Decolonising Research Methodologies Online Course.

Since the advent of the most displacing Luso-Anglo-Dutch settler colonialism in the great land of Azania (South Afrjca) 524 years ago (and still counting), the mind of the African Native has been consistently miseducated and arrested by the vestigial chains of the ECC (Euro-Christian Colonialism) using the culture erasing paradigms of epistemic; ontologic and axiologic systems of knowing. These cutting edge and highly glorified intellectual tools have been used to successfully miseducate the African Native about the reality of yena. 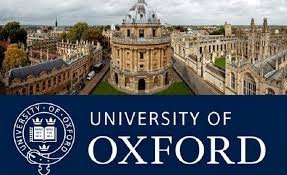 Enter the thought provoking African Metaphysical Paradigms – African Origin of Genesis; Conceptualisation and Research Metascience of Africography, a lecture to be delivered today afternoon to a combined audience of PhD students organised by the institutions of the University of South Africa and the University of Oxford of England. This paradigm shifting lecture is structured in three segments namely (1) the multi-layered metaphysical cases of African reality of cosmologic genesis; (2) the African ways and onceptualisation of knowing and (3) the exigent need to emancipate the African mind from the colonising methodologies through the research metascience of Africography.