Podcast of this article is available at the end of this page.

Vasco da Gama, in pains
To entrench, colonial chains
The landmark, Natalistic!
Hereafter, fatalistic!
A bludgeon, to the head
To take away, the bread
Anglo-Dutch rule, exacted!

We cast, the divination bones; not the physical bones but the electronic bones! The virtual bones of African metaphysical science! They use numerical logic because they represent the mathematical modeling of the stars of the heavens; giving us cosmic access to the strategic knowledge of science to facilitate the great decolonization project so that it can succeed. 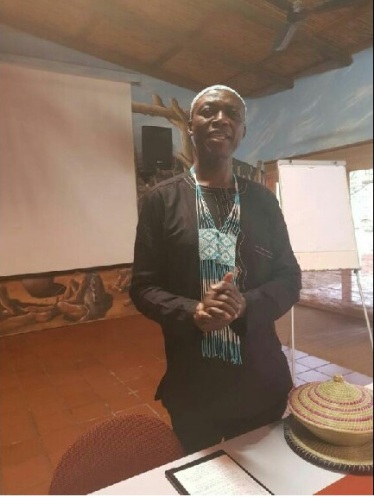 The Message of Divination

There is a special message from the cocreators of the galaxies; the erudite ancestors who have gone before and the gods of the cosmos via the beloved messenger Mamchofono of Tosamasiu to take a page from the cell membrane of the neuron.

The cell membrane has voltage gates that allow the cell to learn about the new changes in the environment but these gates are closed as a default case of defensive resistance; commonly known as a depolarised state.

To overcome the resistance, the experimental scientist must deliver a positive charge in the form of an exoteric stimulus to open the gates of the membrane to change the esoteric mindset of the neuron.

To succeed, this necessitates a mixed method of qualitative and quantitative experimentation. The qualitative method demonstrates the resistance as comprised by a negative electric charge which keeps the voltage gates of the ion channels closed using reverse polarity.

The Voltage Gates of the Mind

This is only one part of the equation from the side of the revolutionary change agents who are making a good faith attempt to open the voltage gates of the mind with respect to the new imperative of decolonisation.

There is another side of the equation with respect to the processing of the stimulus by the neuron. After the positive charge is delivered, it must be processed and conducted along the myelinated axon of the cell using fast processing because the segment of the timeline is extremely slender!

The Diameter of the Mind

We are talking here about the diameter of the mind that it must be opened and increased for the survival benefit of all humans of all backgrounds in all corners of the motherland so that the future generations can walk on bridges built by those who have gone before them and never more to be crushed; to be brutalised and to be exterminated by the vestiges of the Anglo-Dutch descended settler colonial past.

Audio Version of this Article

You can also listen to this article using your favourite audio device by clicking below:

2 thoughts on “The Divination Bones Revisited!”