Last week I delivered a scholarly lecture at the Department of Basic Education in Pretoria, South Africa. Thanks to the Chief Education Specialist of Physical Sciences Madam Morongwa Masemola who hosted me. Madam Masemola is a very impressive science powerhouse in a gutsy mission to rewrite science from the African worldview. She recognises the fact that there is a plethora of indigenous scientific knowledge that needs to be recorded for futuristic generations. 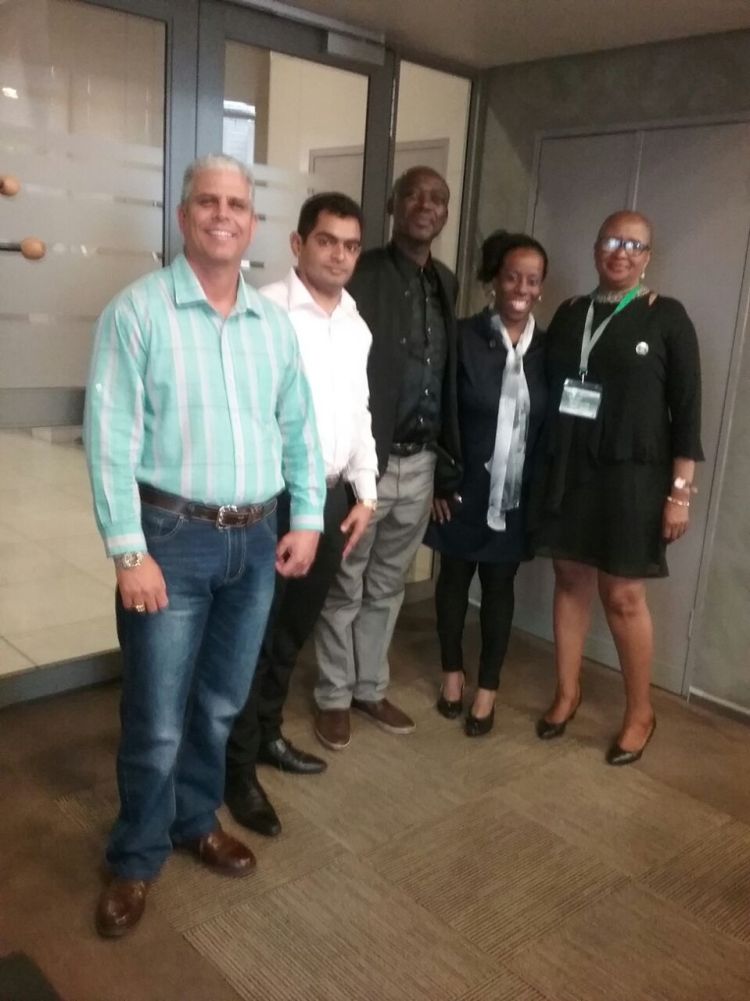 Zulumathabo Zulu; Masemola Morongwa and colleagues at the Department of Basic Education, Pretoria.

It is gratifying to know there are indefatigable people like her who are working hard to foreground the African origin of knowledge with respect to science; what I normally refer to as metascience. Thokoza Makhosi!

The Purpose of this Article

The purpose of this article is to share with you the scholarly discourse African Origin of Philosophy: Modalities, Freedom and the Fourth Industrial Revolution using the MP3 format. This cosmic knowledge is inspired and sanctified by the erudite ancestors who have gone before us and needs to be disseminated so that the sons and daughters of the beautiful African soil and the Diaspora can gain an epistemic access to the intellectual fighting sticks that are meant to enable them to retake their position as the unsold and unbought architects of their sacrosanct destiny.

Western philosophy is a superset of all knowledges based on three disciplines namely (1) knowledge (epistemology); (2) reality (metaphysics or ontology) and (3) ethics (inclusive of axiology). This is confirmed by the fact that when you embark on a PhD degree program in a Western university, it is framed as a doctor of philosophy.

The Basotho use Nahanosene to describe their systems of philosophy. Unlike the Western philosophical forms of knowledge which are either aprioristic or observational in their origin, Nahanosene traces its origin to Cosmology making African philosophy a derivative of the cosmos.

The ontology of this knowledge is based on the African metaphysical science encoded in the metaphysical axiom of “Nkare Teng” meaning “From the vantage point of the observer, it is like the case; the case that it is the case”. This axiom describes an African worldview that is based on spatial existence which conceptualises about Cosmology as the superset, reducing philosophy to a subcase.

According to Nahanosene, the knowledge of the cosmos is the mother of all knowledges.

When you embarked on a doctoral degree program of study, as per the sacrosanct calling of the erudite ancestors, in the ancient school system of Mophato (Basotho University College system), that degree was designed as a doctor of cosmology. You actually became a cosmologist as opposed to a Western university where you became convocated as a doctor of philosophy.

Cosmic knowledge is an extremely important part of the Mophato school system. Cosmology is also encoded in the Basotho greeting system of Dumela. The reader is referred to The Sacred Knowledge of the Desert: African Philosophical Transcendence to learn more about the Cosmology of Dumela.

Another example of cosmic knowledge is the Basotho system of geomancy commonly known as Ditaola (divination). The geomancic artifacts of Ditaola like bones; tlhakwana; kola or seashells are designed as systems of mathematical modelling of the stars. They encode an organizing principle of cosmic knowledge known as Lewa meaning the strategy of knowledge. Lewa literally means the pattern in the falling of the cosmic objects. Thus, Lewa describes the graphical sequence of the geomancic artifacts.

The Basotho system of Cosmology encapsulates an extensive array of organizing principles known as Ditaelo. It is Ditaelo that empower you to correct the chaos that arises out of the natural phenomenon of entropy.

Withou further ado, listen to the audio below:

4 thoughts on “African Cosmology: The Mother of all Knowledges! ”